“The sunlight in the garden hardens and grows cold.  We cannot cage the minute within nets of gold.” 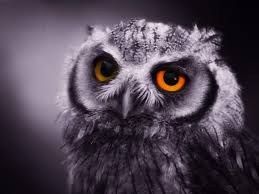 Once there was an owl who sat on a limb and was listening to a song bird that was singing a lovely tune. When a wood pecker flew in and landed on this same tree and began banging its beak against the bark of the tree. “Rap, Rap, Rap.”

“Excuse me,” started the little song bird, “But, I am trying to sing here!”

“So,” replied the woodpecker and continued to pound its beak against the tree’s bark, making a loud and annoying sound. “Tap, Tap, Tap.”

The owl thought about this a moment and suggested, “Mr. Woodpecker… perhaps you could play precusion for the little song bird?”

“Nope, I am to busy,” The woodpecker replied.

“There are bugs all over the forest floor,” the owl stated… True beauty in a woman is reflected in her soul. It is the caring that she lovingly gives, the passion that she knows. – Audrey Hepburn

From my sketchbook. An observation. If I had my life to live over, I would start barefoot earlier
in the spring and stay that way later in the fall.
—Nadine Stair

Ain’t gonna let a little rain stop me from photographing my Daffodils. (And yes, Nadine, I was out there barefoot!)

The Life, the Light, the Tears, of the Poet of the Sphere

Someone once said:
“I don’t care what you do, just be profound.
Wherever you go, whatever you say,
give everyone a reason to listen to what you are saying,
and to write your name on the ground.”

If you are an artist,
then create a work of art to spur others on
to create their own masterpiece;
if you are a musician,
compose opus after opus
so that when people listen to your music in their head
they are always at peace.

Always strive for perfection,
even if you believe you will never achieve it-
one persons morning is another persons night-
everything you make and create will find its intended.

Great profundity happens everyday, and nearly always accidentally;
truth comes from repetition, experience, and wisdom;
inspiration comes from a momentary clear view of the connection of all things-
that changes the way you see and think about things fundamentally. Music is harmony of silence between the sound notes……

wave length of sound notes decreases with increase of silence… that is the reason classical and spiritual music is slowly transcending from body to mind to soul and oneness with cosmic spirit that is God, OM , ALLAH or name of our choice.

as silence increases …the life increases….that is the reason great musical compositions exist till today….even after hundred 0f years.

silence ,love, happiness, kindness ,beauty are nature of our soul…..and music can put them all together with God.

p.s……. on this page you will only find the finest music from all across the world but all with spiritual dimension and harmony…

Saturday is my day of music ……

as such all days are days of music only …. as this picture saw on facebook …..reminded me the purpose of music….that is oneness with everything …

music is a wave length …..and as oneness of sound and silence increases …so increases the ability to converse with first humans……

and then with every atom…….

and finally with at OM or the oneness with cosmic divine ……we may refer as OM, ALLAH, GOD or name of our choice …..

so will list every week  finest masters of Indian classical music and music from all across the world  ….we will see the magic of music ….

Instead of going all around to dozens of different galleries, they’re all here under one roof.  This year’s event features 75 galleries from around the world, from Boston to Beijing to Buenos Aires, and runs from now through Sunday, April 1 at the Park Avenue Armory, at Park Avenue and East 67 Street in Manhattan.

When I first attended this show in the mid or late 1990’s, it was held on two floors at the New York Hilton in midtown.  I can still remember how I was in a daze from looking at so…

The sun is shining again, had my coffee on the balcony and ready for a weekend filled with family and friends!! Looking forward to a lovely lunch, my cousin’s birthday and time spent with my kids…What are you looking forward to?

Have a lovely sunny weekend! xo… in the London home of designer Harriet Anstruther

Talking with God
over the backyard fence,
sharing gardening tips
and recipes for life. I
offer a cup of coffee, He
offers me eternal life,
a fair exchange on this
sunny day full of butterflies
and possibilities.

CLICK ON PICTURE TO ORDER ” OWN ZERO ” FROM NOTION PRESS INDIA.